Four literary and political essays on the Fukushima Daiichi nuclear disaster of March 11, 2011, following the earthquake and tsunami that struck the northeastern coast of Honshu, Japan.

DANIEL DE ROULET is the author of more than twenty novels, novellas and memoirs, including, The Blue Line (English translation from Autonomedia, 2000). Swiss by birth, he studied architecture and was employed as an information expert until 1997, when he devoted himself to writing full time. Two recent novels in his original French — L’Homme qui tombe and Kamikaze Mozart— address the situation of nuclear engineers in an uncertain world. De Roulet himself worked in a Swiss nuclear plant in the early 1970s. Currently residing in France, he is also a marathoner and activist.

ANNE WALDMAN is the author of the hybrid ecological meditation Manatee/Humanity (Penguin Poets, 2009), and the forthcoming The Iovis Trilogy: Colors in the Mechanism of Concealment (Coffee House Press, 2011). She is also the co-editor with Laura Wright of a collection of essays, Beats at Naropa (Coffee House Press, 2009), and a contributor to Polemics (Autonomedia, 1999). Her play Red Noir was produced by The Living Theatre and directed by Judith Malina in New York City in 2010. Waldman was recently appointed a Chancellor of the Academy of American Poets, and is a Distinguished Professor and Artistic Director of the Summer Writing Program at Naropa University’s Jack Kerouac School, a program she founded with Allen Ginsberg in 1974.

SILVIA FEDERICI, a scholar, teacher, and activist from the radical autonomist feminist Marxist tradition, is the author of Caliban and the Witch (Autonomedia, 2004), and a Professor Emerita in social sciences from Hofstra University. Her book on the Wages for Housework movement is forthcoming from Autonomedia.

GEORGE CAFFENTZIS is the author of Clipped Coins, Abused Words, and Civil Government: John Locke’s Philosophy of Money (Autonomedia, 1989), and a contributor to many Midnight Notes anthologies, including Midnight Oil (Autonomedia, 1992) and Auroras of the Zapatistas (Autonomedia, 2001). He teaches philosophy at the University of Southern Maine.

SABU KOHSO is a critic and translator. Born in Okayama, Japan, he has lived in New York City since 1980. He has written a number of books in Japanese on urban space and movements, and has translated books by Kojin Karatani, David Graeber and John Holloway. He has been active in anti-capitalist movements in Japan and the U.S. With Yuko Tonohira, he is working on a website for continuing critical and theoretical analyses of the Post 3/11 world. 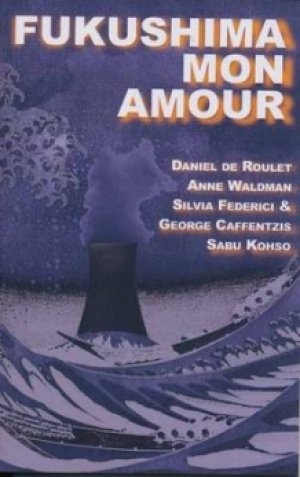 Silvia Federici
Patriarchy Of The Wage