Announcing the long-awaited reprint of Steve McCaffery's rare 1984 intervention into fiction (if "fiction" indeed this be). Taking its inspiration from Jeremy Bentham's "Panopticon Papers" McCaffery's PANOPTICON shatters all omnivison in a tour de force of formal innovation, theoretical comment and narrative critique. In PANOPTICON narrative stutters, repeats itself, sequence is deranged and complicated by a multi-media presence on the page of grids, film bands and acoustic channels. On its first appearance Charles Bernstein hailed the book as "as perhaps the exemplary 'antiabsorptive work'" and William McPheron claimed its first appearance as "an extraordinary act of revolution and charity." Out of print for over twenty years, this new edition is enhanced by the availability of a revised audio recording of the book, its three voices, one male, two female teasing out the gender complexities of PANOPTICON. McCaffery has also added an Introduction to the book and has revised the text entirely.

Steve McCaffery has been twice nominated for the Governor General's Award and is the author of over 35 books and chapbooks of poetry and criticism. An ample selection of his poetic explorations in numerous forms can be savored in the two volumes of SEVEN PAGES MISSING. As well as PANOPTICON, two additional new volumes are due to appear in 2011: Dark Ladies and The Darkness of the Present: Poetics, anachronism and the anomaly. His book-object-concept A Little Manual of Treason was commissioned for the 2011 Shajah Biennale in the United Arab Emirates. A long-time resident of Toronto he is now David Gray Professor of Poetry and Letters at the University at Buffalo. 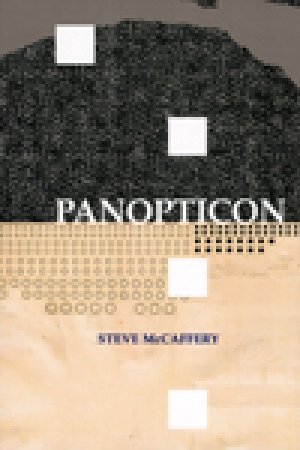 Steve McCaffery
Prior to Meaning