Written by acclaimed biographer A. N. Wilson, Hitler offers a short, sharp, gripping account of one of the twentieth century's most monstrous and influential figures. In 1923, a thirty-four year old Adolf Hitler was in prison after taking part in an unsuccessful putsch to overthrow the German government. Within a decade, he was the most powerful man in Europe. As Germany's leader, Hitler delivered full employment and what appeared to be a booming economy to the nation -- while Britain was suffering punishing levels of unemployment with no real welfare benefits. His popularity seemed to know no bounds; the slow deprivation of civil freedoms and rights to Jews did not initially displease all Germans, and the full extent of Nazi anti-Semitic extermination plans were incredible to many even within their own movement -- let alone to the outside world -- when they began to be put into operation during the early 1940s. Internationally, too, Hitler's triumphs were extraordinary, and soon the Rhineland, Sudetenland and Austria fell to the German army, who suffered barely a casualty. By 1940, there was no doubt that Hitler was Europe's master. But there was another story -- and in this utterly compelling short biography, acclaimed writer A.N. Wilson positions Hitler as a man who not only embodied the excesses of the Third Reich but one who also represented the mediocrity of what optimists called 'the Century of the Common Man'. For all the limitations of his personal accomplishments -- as the child of a poverty stricken family, with no great educational, military or moral qualifications for leadership -- Hitler was able, by remarkable energy, superbly choreographed rallies and electrifying rhetoric, to become a second Napoleon. In a field populated with lengthy tomes, Wilson's brief, insightful portrait offers a compelling introduction to a man who continues to fascinate and appal. 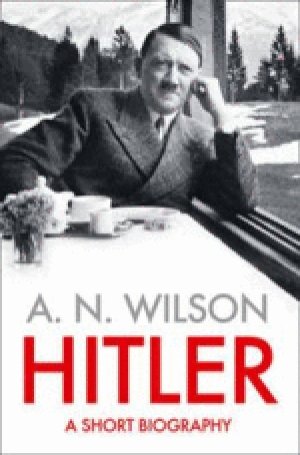 Alice Munro
Too Much Happiness

A. N. Wilson
Dante in Love