The collected stories of Lydia Davis

The Collected Stories of Lydia Davis is the complete collection of short fiction from the world-renowned Lydia Davis. It is the winner of the Man Booker international prize 2013. "Big rejoicing: Lydia Davis has won the Man Booker International prize. Never did a book award deliver such a true match-winning punch. Best of all, a new audience will read her now and find her wit, her vigour and rigour, her funniness, her thoughtfulness, and the precision of form, which mark Davis out as unique. Daring, excitingly intelligent and often wildly comic [she] reminds you, in a world that likes to bandy its words about, what words such as economy, precision and originality really mean. This is a writer as mighty as Kafka, as subtle as Flaubert and as epoch-making, in her own way, as Proust. A two-liner from Davis, or a seemingly throwaway paragraph, will haunt. What looks like a game will open to deep seriousness; what looks like philosophy will reveal playfulness, tragicomedy, ordinariness; what looks like ordinariness will ask you to look again at Davis' writing. In its acuteness, it always asks attentiveness, and it repays this by opening up to its reader like possibility, or like a bush covered in flowerheads. She's a joy. There's no writer quite like her". (Ali Smith). "What stories. Precise and piercing, extremely funny. Nearly all are unlike anything you've ever read". (Metro). "I loved these stories. They are so well-written, with such clarity of thought and precision of language. Excellent". (William Leith, Evening Standard). "Remarkable. Some of the most moving fiction - on death, marriage, children - of recent years. To read Collected Stories is to be reminded of the grand, echoing mind-chambers created by Sebald or recent Coetzee. A writer of vast intelligence and originality". (Independent on Sunday). "A body of work probably unique in American writing, in its combination of lucidity, aphoristic brevity, formal originality, sly comedy, metaphysical bleakness, philosophical pressure and human wisdom". (New Yorker). "Davis is a high priestess of the startling, telling detail. She can make the most ordinary things, such as couples talking, or someone watching television, bizarre, almost mythical. I felt I had encountered a most original and daring mind". (Colm Toibin, Daily Telegraph). Lydia Davis is the author of one novel and seven story collections, the most recent of which was a finalist for the 2007 National Book Award. She is the recipient of a MacArthur Fellowship and was named a Chevalier of the Order of Arts and Letters by the French government for her fiction and her translations of modern writers including Maurice Blanchot, Michel Leiris and Marcel Proust.


Lydia Davis every day of the week because she takes prose out of its standard definitions and frees us from all the related clichés. Anything can be "prose" to it, a line, a quote, a paragraph is a short story, a verse, a novel. Lydia Davis not only because she received the Man Booker International Prize, but first and foremost because she is funny, terribly intelligent, connected to all the literature in the world, unique. Because what is long for others can be short for her and extremely powerful. And finally, Lydia Davis because the prose of this writer allows poetry to have its role in the story. 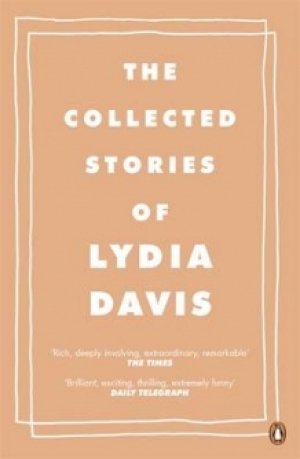