Although originally published separately, Patrick Modiano’s three novellas form a single, compelling whole, haunted by the same gauzy sense of place and characters. Modiano draws on his own experiences, blended with the real or invented stories of others, to present a dreamlike autobiography that is also the biography of a place. Orphaned children, mysterious parents, forgotten friends, enigmatic strangers—each appears in this three-part love song to a Paris that no longer exists. In this superb English-language translation of Afterimage, Suspended Sentences, and Flowers of Ruin, Mark Polizzotti captures not only Modiano’s distinctive narrative voice but also the matchless grace and spare beauty of his prose.

Shadowed by the dark period of the Nazi Occupation, these novellas reveal Modiano’s fascination with the lost, obscure, or mysterious: a young person’s confusion over adult behavior; the repercussions of a chance encounter; the search for a missing father; the aftershock of a fatal affair. To read Modiano’s trilogy is to enter his world of uncertainties and the almost accidental way in which people find their fates.

Patrick Modiano is a best-selling novelist and the winner of some of the most prestigious literary awards in France, including the Prix Goncourt and the Prix Mondial Cino Del Duca for lifetime achievement. In 2014 he was awarded the Nobel Prize in Literature for "the art of memory with which he has evoked the most ungraspable human destinies and uncovered the life-world of the occupation." Mark Polizzotti has translated more than forty books from the French and is director of the publications program at The Metropolitan Museum of Art, New York. 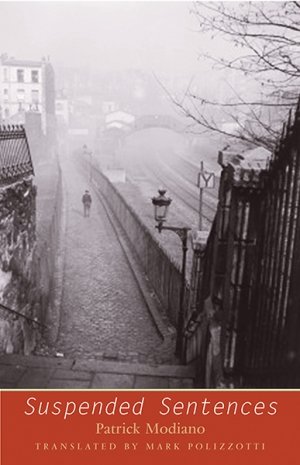