A Letter from Jena Osman

Yes, as I say above, accident, play, following whims — such actions are very important to my process. I gather the materials I want to work with (the products of my various obsessions), but then I try to get the materials to tell me what to do. I know it’s not equivalent to what someone like John Cage was doing with his chance procedures (another important figure for me), but I’m interested in starting with a question that’s based in experiment: “what would happen if…”

In the U.S., the example given of the liar’s paradox is “I always lie.” It’s funny how the example changes in your language. [“All Cretans are liars, said the Cretan Epimenides." – The Epimenides Paradox (ed.)] I’m not sure whether such a difference counts as a ‘mistake,’ but I’m interested in these misalignments, these almost-equivalencies. The ‘law’ can’t stabilize in the face of such differences. Rather, those differences, those slips revealed by language, reveal where there’s work to be done, investigations to be conducted.

I think about how on the one hand, we naturally look for connections — connections are pleasing because they give us the sense of some kind of order, some kind of larger system at work. I start the book with an epigraph from “The Garden of Forking Paths” by Borges. In that story, time is discussed as multiple tracks that happen simultaneously (in one track you and I may be corresponding about a book called The Network, in another you and I never connect, in another we are sworn enemies, etc.). Such a conception fits the random sequence of a life into a larger grid structure, and that sense of structure is comforting. But on the other hand, seeing all events as the result of a larger system can be a symptom of paranoia, and that is not at all comforting. 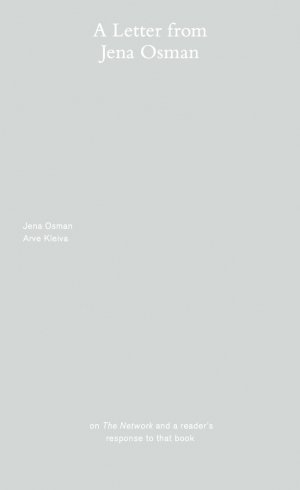