Poetry. Translated from the French by Andrew Zawacki. Introduction by Jennifer Moxley. MY LORENZO is an elegant, funny, often sad meditation on the fifteenth-century Italian statesman, art patron, and poet Lorenzo de Medici. Obliquely narrated, it telescopes historic depth into intimacy. And it is as concerned with physical arrangement as it is with linguistic ambiguity and matters philosophical, political, and sentimental. Reading the book with its purposely tableau-like shape is akin to touring the Uffizi, its Renaissance paintings hung meticulously along otherwise blank walls.

In the lineage of Jacques Roubaud and of Louis Zukofsky's 80 Flowers for its conceptual and numerical constraint, MY LORENZO however combines traditional form with an unapologetically modern idiom that shuttles vertiginously between theoryspeak and speakeasy slang.

Sébastien Smirou was born in 1972 in Niort. After earning a degree in journalism, he studied at the École des Hautes Études en Sciences Sociales, where he enrolled in Roubaud's course in formal poetics. He founded the press "éditions rup & rud," coedits the magazine Ligne 13, and has translated a number of American poets into French. Smirou is the author of three volumes of poetry, all published by P.O.L.: Un temps pour s'étreindre (2011), Beau voir (2008), and our present volume, Mon Laurent (2003). Smirou is a psychoanalyst, with a specialization in working with troubled children. He lives in Montrouge, on the outskirts of Paris. 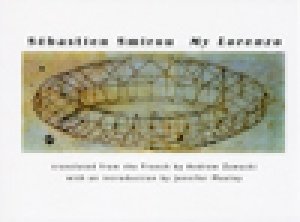