The Invention of Glass

This is a narrative that tries to explain and to crystallize (the fourth state of water) a situation that has not yet been clarified. Under the guise of memory's particular logic, its play of facets turns to fiction because its sense takes shape only as the series of grammatical phrases unfolds, fusing shadows and blind spots. And yet, like glass, which is a liquid, the poem is amorphous. It streams off in all directions, but reflects nothing. What is the meaning of blue? No one needs to interrogate the concept of blue to know what it means.

Emmanuel Hocquard was born in 1940 and grew up in Tangiers. He is the author of over 20 books in his native French, many of which have been translated into English, including THE INVENTION OF GLASS (translated by Cole Swensen and Rod Smith, Canarium Books, 2012), CONDITIONS OF LIGHT (translated by Jean-Jacques Poucel, Fence Books/La Presse, 2010), A TEST OF SOLITUDE (translated by Rosmarie Waldrop, Burning Deck, 2000), CODICIL & PLAN FOR POND 4 (translated by Ray Di Palma and Juliette Valéry, The Post-Apollo Press, 1999), This Story Is Mine: Little Autobiographical Dictionary of Elegy (translated by Norma Cole, Instress, 1999),Theory of Tables (translated by Michael Palmer, o-blek editions, 1994), and Aerea in the Forests of Manhattan (translated by Lydia Davis, The Marlboro Press, 1992). 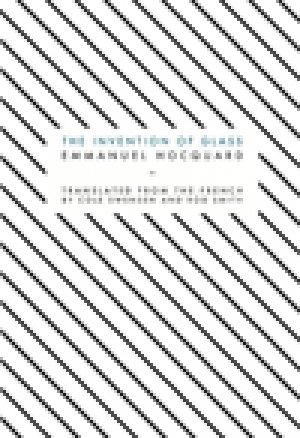 Raymond Roussel
How I Wrote Certain of My Books