Lives and Videotapes: The Inconsistent History of Norwegian Video Art

Lives and Videotapes: The Inconsistent History of Norwegian Video Art attempts to reveal how, why, and under what circumstances many of the early video artworks made in Norway came about – and what makes them important for posterity. How did these artists perceive video as a medium? What were their points of reference? What conceptions of art were they challenging, and how was the medium of video involved in influencing the general perception of art?

The book is written by Marit Paasche, head of research at Videokunstarkivet, and it contains six in-depth interviews with artists who contributed in their own right to the establishing of video as an art form in Norway, illustrated by unique imagery. The preface is written by former assistant director at LUX, Mike Sperlinger.

The international launch of Lives and Videotapes… will take place during the New York Art Book Fair, at MOMA PS1 September 26-28. The launch will be followed by a presentation by author Marit Paasche and a lecture on new media preservation by Jon Ippolito, former curator at The Guggenheim Museum, now professor at the University of Maine.

The publication is supported by the Arts Council Norway, Fritt Ord, the Royal Norwegian Consulate General in New York and Office for Contemporary Art in Oslo. 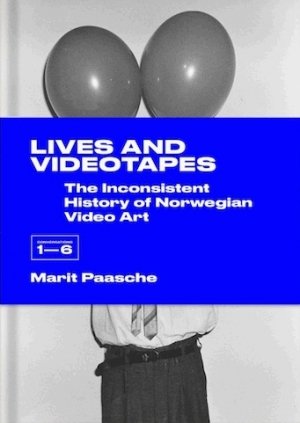